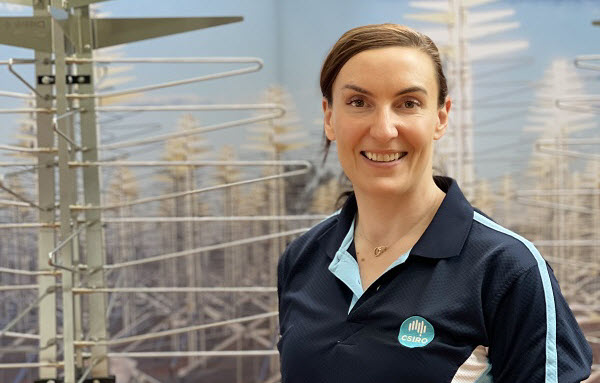 Welcome to the Spring edition of MRO News, and Spring has definitely sprung in the Murchison. The wildflowers on the MRO have put on a show this season after all the rain, they’ve been a highlight of any of our visits to site lately. We’ve shared some of our pics at the end of this newsletter.

We’ve had a busy few months at the MRO, as all the updates in this edition show. I had the pleasure of attending the premiere of Star Dreaming (mentioned by Ben in his Australian SKA update below) in Busselton in August. The art in the production came up beautifully on the dome screen, and it was good to see so many familiar names from the Murchison in the credits. It’s showing at the WA Maritime Museum in Perth until 27 February, I hope you have the chance to see it.

I also spoke recently with the Mid-West Research and Development Network and gave a general update on site-related activities, it’s encouraging to see the continued interest in the MRO within the region and the growing strength of the network.

I’d like to extend a massive thank you to Rossco for his support and participation in the 1 Man and a Bike production that came through to include the MRO, SKA and the Murchison region in their program, I’m looking forward to seeing Rossco’s segment when it airs.

CSIRO also participated in the Mount Magnet Astro Rocks Fest (see the update from ICRAR), with a talk on the SKA and MRO by CSIRO-ICRAR’s Dr Karen Lee-Waddell, Director of the Australian SKA Regional Centre.

Finally, you’ve also no doubt heard about the Children’s Week event at the Settlement on 26 October, we’ll be there to take part and have some fun, we hope to see you there.

Until then, stay safe and see you soon, 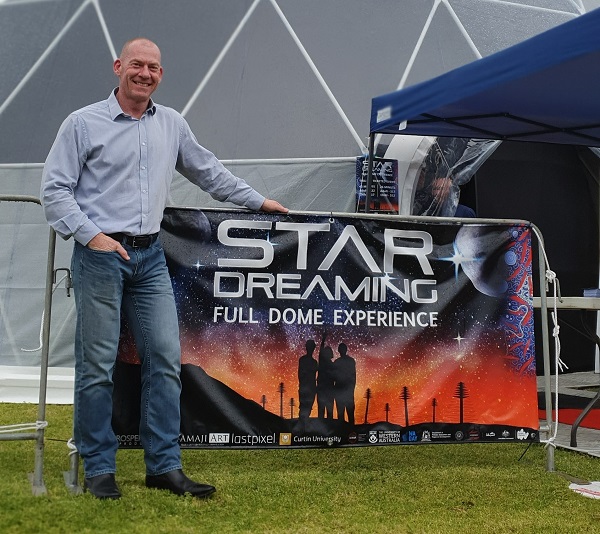 Anthony’s work has the dual benefits of increasing the number and quality of tenders, and supporting businesses of varying sizes, particularly those in the Mid West, to be involved in SKA work.

Progress continues on procurement for the SKAO’s four major site infrastructure contracts with Invitations to Tender being issued to shortlisted companies for the Temporary Accommodation Camp, Spatial, Buildings, and Road and Runway contracts in August and September. The procurement process for two more SKAO contracts (Power and Signal Distribution and Station Deployment) will commence later this year. The Market Survey, ie expression of interest, for the Power and Signal Distribution contract is due to begin on 6 October 2021.

I remind anyone interested in supplying for the SKA Observatory to visit www.industry.gov.au/SKAsuppliers for more information.

In other developments, heritage surveys are continuing on the MRO and a Cultural Heritage Management Plan is being developed. The plan will provide guidelines for how construction and operations activities are undertaken on site in a way that protects Wajarri heritage.

With construction now confirmed, interest in the SKA project is growing globally. Three separate production companies have recently finished filming at the MRO and will showcase the SKA to national and international audiences.

One of those films ‘Star Dreaming’, has already opened and is currently being shown at the WA Maritime Museum in Fremantle. The film was launched at CinefestOZ Film Festival in Busselton in late August and, from all reports, is receiving rave reviews. I encourage everyone who has the opportunity to go see it.

I can’t give much away about the other films, but they will be launched in the coming months and are sure to attract a great deal of attention. Stay tuned for further details. Until the next update, stay safe.

The last few months have been incredibly busy for the SKA. Sarah and I have been involved with all the activities associated with establishing a new organisation in Australia, as well as moving towards construction now that the Council has formally voted to commence.

Many of you will have seen a number of construction-related procurements coming to the market. After some initial interaction with the community, SKAO revised some of these contracts to increase the opportunities for local and Wajarri businesses. We were very pleased to see the engagement of many local and regional companies in this process, and updates will be provided from the SKAO and DISER on their status soon (possibly before this newsletter has been delivered).

In other parts of the newsletter you will see reports about progress with the ILUA, all necessary before commencing construction in early 2022.

At the SKA Headquarters in the UK, staff are commencing a slow return to the office after a very extensive COVID19 lockdown. Some new staff have never even been to the office, starting their new job during lockdown and working from home. This has been very challenging for the project which thrives on the close interaction of all the design team. I think it will be many months before international SKA travel between Australia and the UK is possible. What the full impacts of COVID are on the SKA project are yet to be fully understood of course, but we continue to work towards construction in early 2022.

Recruitments are also continuing in a wide range of areas from administrative to land-oriented to technical. You’ll see a fairly continuous stream of recruitments over the next few years as we ramp up from 2 to around 120 people split between Perth and Geraldton. Most of these positions are CSIRO positions, and you can look for them at jobs.csiro.au, and on the SKA’s site at recruitment.skao.int.

Please don’t hesitate to email me if you have any questions or would like to set up a chat. 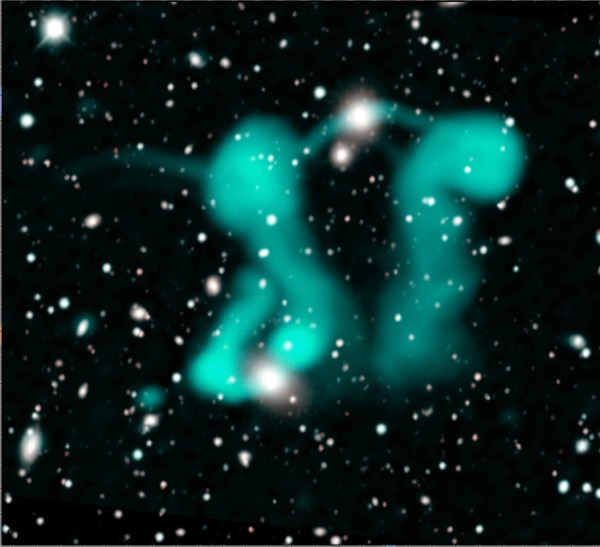 It's an exciting time for ASKAP!

After a year of planning and preparing for the second phase of pilot surveys, the first of these started in July. This continues ASKAP’s journey towards its primary mission: making the best radio maps ever seen of the southern sky. The Rapid ASKAP Continuum Survey proved that ASKAP and its wide-angle phased array feed receivers can map the sky better and quicker than ever before. We’re now pushing the limits of our knowledge by using longer observations to look further out into the Universe.

Each image produced by the telescope creates a global wave of activity as it is first checked and verified, then distributed for analysis. ASKAP’s capabilities are a world-first, so there are discoveries to be made in just about everything we do.

ASKAP’s observations are guided by survey strategies developed in consultation with large international teams of astronomers. Results of the first phase of pilot surveys are currently being finalised and published. A recent highlight includes the mysterious intergalactic dust trails that look like ‘dancing ghosts’ (pictured; credit: EMU/ASKAP/DES).

This month, in collaboration with several other telescopes around the world, we will be searching for optical counterparts to the fast radio bursts that helped put ASKAP on the map. 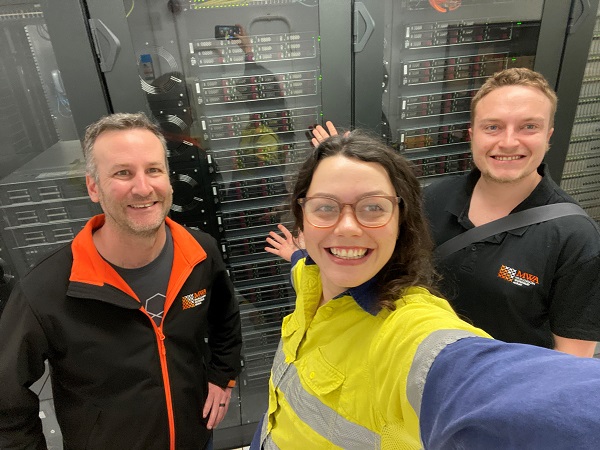 I can hardly believe it’s been over two years since I was last here in the Murchison! I’ve thoroughly missed the gorgeous weather, the red dirt and the night skies. But I haven’t had much opportunity to enjoy the scenery – I’ve spent the last two weeks in the Observatory’s control building, installing a new ‘brain’ for the MWA telescope! It’s a literal tonne of brand-new server equipment, arranged and coded into a machine called the correlator, which has the job of combining the signals from all our spider-like antennas. The old correlator served us admirably for a decade, but new tech has a lot of benefits, including some new observing modes for our astronomers. Speaking of, they’ve been busy too – there’s been some ground-breaking results in the last few months, which you might have seen on our Facebook page. Shoutout to our incredible PhD students, including Nick Swainston who discovered the first new pulsar with the MWA, and Torrance Hodgson who detected the eery and beautiful ultra-steep-spectrum ‘USS Jellyfish’! I can’t wait to see what other mysterious objects in the stunning sky will be unveiled using the new correlator technology, and I’m thrilled to be involved in making it happen (even if that meant days of cabling!). 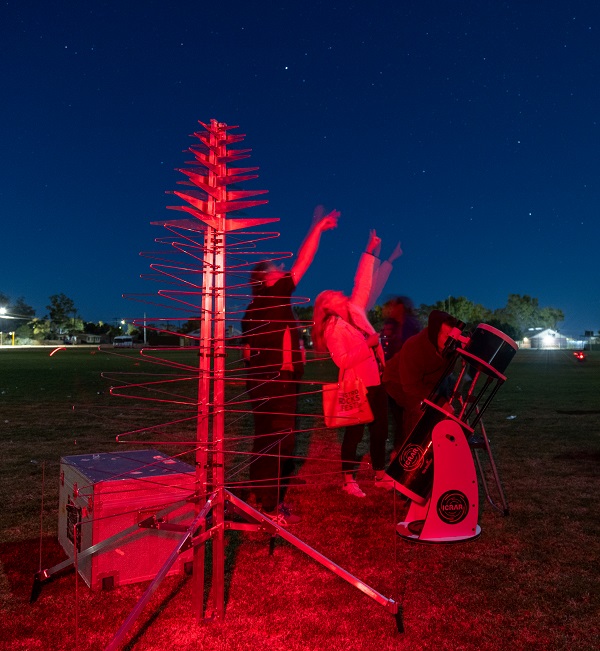 Mount Magnet Astro Rocks Fest was held a few weeks ago, and astronomers from the International Centre for Radio Astronomy Research (ICRAR), Stargazers Club WA, and the Gravity Discovery Centre Observatory brought telescopes out to look at Jupiter, Saturn, and the Moon, and chat with people about the night sky. There was even a prototype antenna for the SKA that made the trip for everyone to look at!

The Mount Magnet Astro Rocks Fest happens every year around September, celebrating the ancient land beneath our feet as well as the amazing night sky above. One of the star attractions of the event is the Friday night Astrofest coordinated by ICRAR.

Around 350 people, including locals and tourists from near & far, enjoyed a night out, with stargazing, Scitech science shows, virtual reality goggles, the Astrofest 2021 astrophotography exhibition, and a talk from the director of the Australian SKA Regional Centre, Dr Karen Lee-Waddell.

Keep an eye on the Shire of Mount Magnet website for next year’s event, and hopefully we’ll see you there. 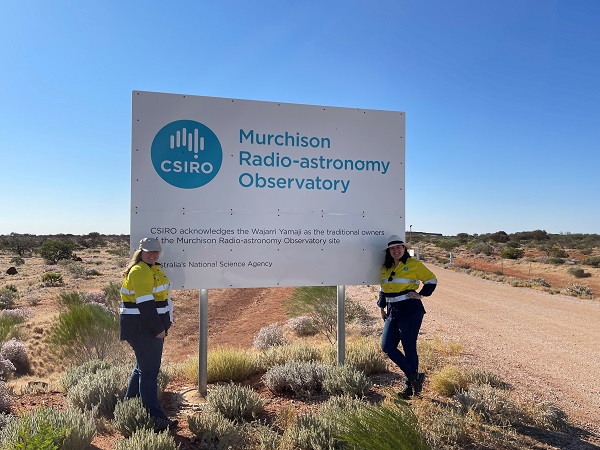 The MRO Site Entity is growing larger with the arrival of our two latest team members, Jane Adam and Kirsten Fredericksen.

Originally from Scotland, Jane is our new project manager, with a background in project management across the UK, Middle East and in Australia. Jane will be working on future MRO operational infrastructure needs.

Kirsten is our new science communicator, coming to us with a lot of time spent working within the MRO and the SKA project. Kirsten was lucky enough to be on the original team building the first phase of the MWA on site almost a decade ago and will now be helping communicate the benefits to Australia of the SKA project and supporting the Site Entity team on MRO communications.

Image: Jane (left) and Kirsten on their first official CSIRO visit to the MRO. This was Jane’s first trip to Wajarri country, and she says it was more beautiful than she’d imagined. Credit: Chris Brayton, CSIRO.

The dance of the planets continues through October and November. While Mercury disappears from the evening sky Venus, Jupiter and Saturn continue to delight us. On 10 October Venus sits below the bright red star Antares with a crescent Moon nearby to the right in our western sky. By the end of the month Venus will have moved higher in the sky, taking four hours to set after sunset.

Late in November Venus, Saturn and Jupiter form a striking line-up in the south-western evening sky, then on 8 December the crescent Moon joins in between Jupiter and Saturn.

For those early risers if you look north on 14 or 15 December you may see the Geminid meteor shower. As the Moon will have set this is a great opportunity to see a bright shower.

As we move into summer the constellation of Scorpius will set in the west in the evening and Orion rises in the east. November is also the best time of the year to see the constellation Pegasus, the winged horse, low in the northern sky. It is easily distinguished by the four stars forming a square.

Photos and other MRO happenings 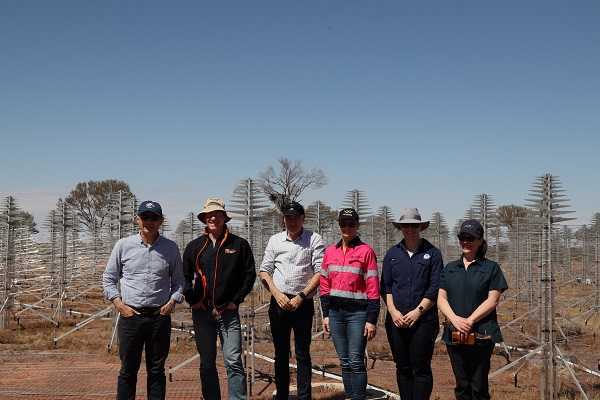 The Curtin University node of ICRAR hosted the Honourable Roger Cook MLA, Deputy Premier and WA Minister Science on the MRO in late September. It’s great to see such interest in the MRO and activity on site from our parliamentarians. 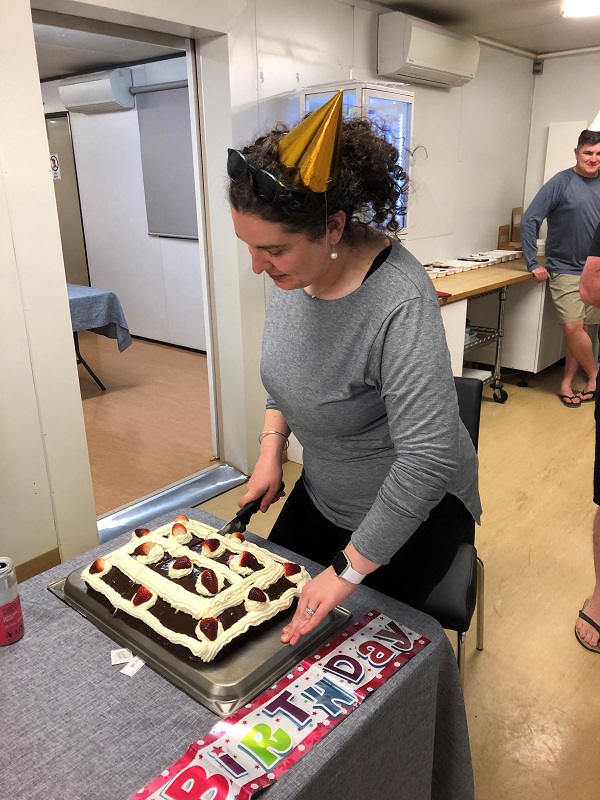 Kirsten spent her birthday at Boolardy in late September, and the PSG Holdings staff at the Boolardy Accommodation Facility made it an extra special one! Steele and Serena set up party decorations and hats, and Jermarley cooked and decorated a delicious chocolate birthday cake that was enjoyed by all (and raved about all the next day). 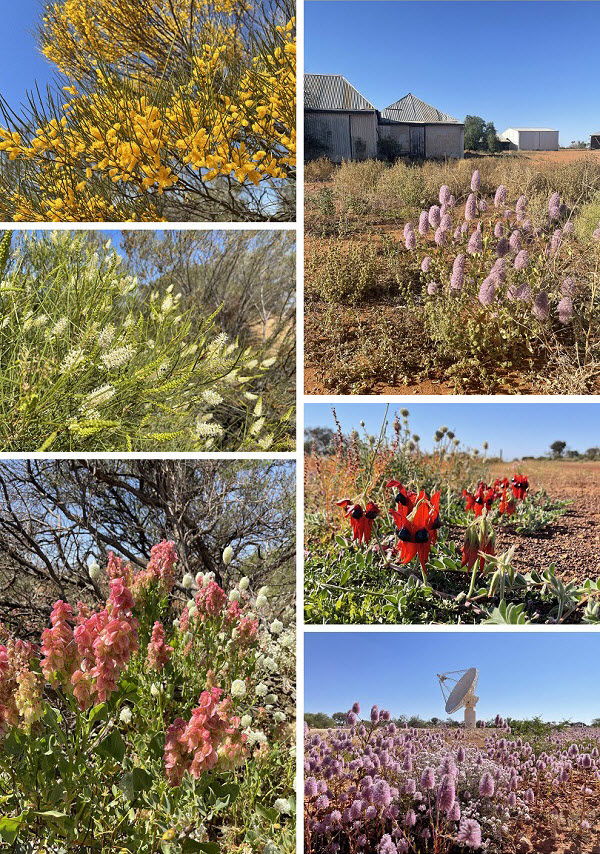 What a wildflower season this year, we’ve loved seeing the flowers pop up everywhere after a good season’s rainfall. Here are a few we’ve spotted around the traps during our work in the region.